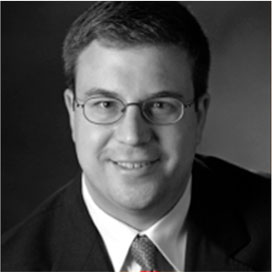 David L. Calone is the CEO of Jove Equity Partners LLC, a venture capital firm that invests in and helps build technology companies in the internet, software, digital media, energy, real estate, transportation and health care industries. He serves as a director of nine privately-held companies located throughout the country and is a co-inventor on twelve issued U.S. patents relating to internet messaging and to optimizing medical treatment based on comparative treatment effectiveness data. He helped organize the recently formed bipartisan Congressional Caucus on Innovation and Entrepreneurship in the U.S. House of Representatives through which he has been a leading advocate for federal policies that promote the creation and development of start-ups and other small businesses. He is the co-founder of the newly launched Long Island Emerging Technologies Fund, which creates and provides seed funding for early stage technology companies on Long Island. He has served as a founding mentor for the Techstars’ Patriot Boot Camp which helps veterans from around the country start technology-based businesses.

Since 2008, Mr. Calone has served as the Chairman of the Suffolk County Planning Commission. As the Chairman of the Planning Commission for the largest suburban county in the United States, he has led the Commission to focus on land use policies with regional impact including infrastructure financing, regulatory streamlining, energy efficiency and distributed generation, water protection, smart growth, housing diversity and public safety, and has helped initiate Suffolk County’s first Comprehensive Plan effort in over 30 years. In that capacity, he spearheaded the LI Unified Solar Permitting Initiative for which Suffolk County was awarded a National Association of Counties’ 2012 National Achievement Award and about which he has been invited to speak around the country.

From 2009 to 2012, Mr. Calone served on the Long Island Power Authority Board of Trustees where, as Chair of the Trustee’s Operations Committee, he led the effort to restructure LIPA, to select a new company to run Long Island’s electrical grid, to determine Long Island’s future power generation sources, and to establish the largest renewable energy plan in Long Island’s history.

Previously, Mr. Calone served as a federal prosecutor at the U.S. Department of Justice where he received the national “Attorney General’s Award” for prosecuting terrorism and international crime, and as a Special Assistant Attorney General in the NY State Attorney General’s Office where he prosecuted health care fraud and helped negotiate the largest Medicaid settlement in state history. He is an honors graduate of Harvard Law School and has an economics degree from Princeton University where he was named a USA Today College Academic All-American and was the first person in the Princeton’s history to be elected twice as student body president.

Mr. Calone lives in Setauket, New York with his wife, Kate, a Presbyterian minister, and their three young children. He is an avid sports fan and a former winner of NBC’s Weakest Link game show.