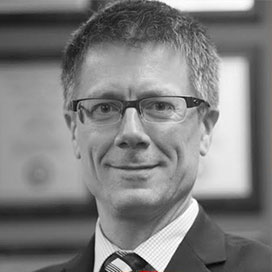 In parallel to his role as Managing Director, Peter is the Director of Technology Commercialization at Stony Brook University, where he is broadly responsible for the identification, development, and commercialization of promising early stage technologies.

Prior to joining Stony Brook, he held similar roles at Argonne National Laboratory and the University of Iowa, where he was also adjunct MBA faculty in innovation. Earlier, Peter led the innovation and product development consulting practice for Accenture in China and built and managed a very large internal innovation pipeline.

As an entrepreneur, he was CEO of an early-stage biotech firm that raised venture capital and grants totaling $20 million and which he successfully sold. Peter was also a co-founder and COO of a thin film startup company that raised $30 million in venture capital and reached $10M in revenue. The founders of over 50 startups have engaged him as a consultant.
Peter gained early professional development with Intel and The Boston Consulting Group. He has an MS in Biotechnology and MBA from the Johns Hopkins University.